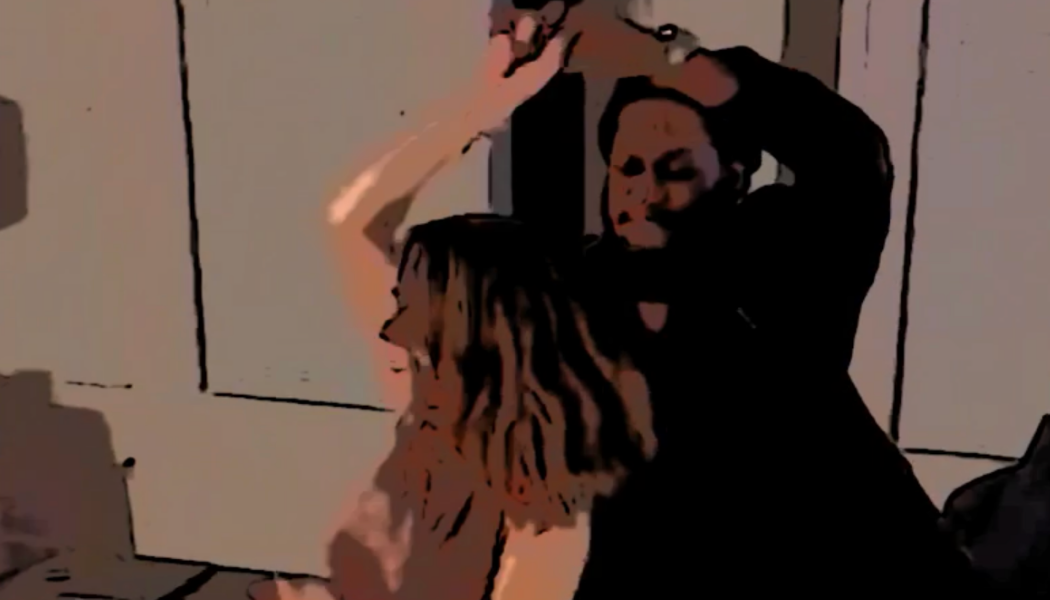 They had only just met but their connection was powerful and apparent. She appeared to be everything he’d hoped for. Her voice was like elegant music to his ears and her words carried such weight that he always longed for more. Her face hung in his mind like a masterpiece on a wall and he found himself feeling things for the first time in forever. They grew intensely close very quickly and, on some level, it frightened them both.

It was to be a firework romance and she lit the wick with a kiss.

Before long, they couldn’t keep their hands off of each other. Locking lips in public became a regular thing for them and they cared very little about what anyone thought of it. Many acquaintances at bars found the whole thing strange as they had never seen this side of either of them.

Weeks passed and two lovers lived in lust as they sipped whiskeys and vodkas on bar patios in the spring sunlight. Holding hands under the table but feigning independence in front of others, the two soon became quite comfortable with each other and their surroundings.

Some nights consisted of dinner and karaoke at a hidden dive bar in town, and other nights were filled with dancing and fueled by cocaine, but most nights ended in his bed with their bodies entwined, and everything was golden.

On one particular occasion, the pair were on the verge of going home and so they briefly considered their options. “Darling, the night is young and so are we.” He contacted his guy and they soon found themselves at a drug-filled afterparty at a high-end condo. They were greeted warmly by the host, (her more so than him) and they met and conversed with the other afterparty occupants.

Over the stereo played, “Purple Rain,” and almost everyone in the room was excited. The group migrated to what was to become the dancefloor and the pair embraced each other and were effortlessly in sync. Eventually, the song ended and the energy of the room returned to normal prompting the group to relocate to the kitchen to refill their drinks and re-powder their noses.

He struck up a conversation with a fellow writer and she found herself answering questions from the host. Both eventually found themselves so lost in the night that they ended up losing track of each other, but neither had any reason to think ill of the other and so they were content with the situation as it was.

He soon grew bored with his conversation with a stranger and looked around for his girl. When he didn’t find her, feelings flew forth in quick succession; confusion, contemplation, and anger swept through his head and he stepped outside for a cigarette to collect his thoughts and calm his mind. As he took in the last puff of his distraction, she came outside and threw her arms around him, planting a kiss on his cheek. He, having just stood in solitude for several minutes imagining the worst things happening, was in no mood for intimacy.

“Where have you been?” He watched her cute excited smile fade as he continued. “And who were you with?” She stared at him incredulously as he flicked his cigarette over the balcony and glared at her accusingly.

She was devastated; no, disappointed. What she considered to be an innocuous interaction with the friend of her guy had become a provocative situation with another man. She thought they had something real, something different than the toxic relationships of her friends; but no, he was just another insecure guy that gets jealous for no reason. “You don’t know what you’re talking about,” she started.

He raised his voice slightly as he interrupted, “You disappeared with some guy for ten fucking minutes! Meanwhile, I’m standing alone in front of a group of strangers twiddling my fingers like a jackass as everyone tries their best not to notice what has happened!” His voice was louder now and she was silent.

He thought she owed him an explanation and she thought he owed her an apology. Suddenly, their bond didn’t feel as strong; suddenly they were strangers. Just then, the host joined them on the patio, he was cordial and oblivious. “My favorite couple,” he said with a smile. “Come inside, I’ve got something for you two.”

They followed him inside and said nothing of their dispute. Rejoining the party, they drank and conversed, and snorted the night away. When it all drew to a close, she did leave with him, and they did return to his bed, but they did not lay entwined. Instead, they pretended to sleep and replayed the events of the night in their heads.

They reflected on their time together up to that point and both secretly hoped that things could go back to how they were before; and as the Sunday morning sunlight began to creep through the shades, and as the physical space between them mirrored the distance they now felt, they both realized that their relationship had exploded and that nothing would ever be the same again.