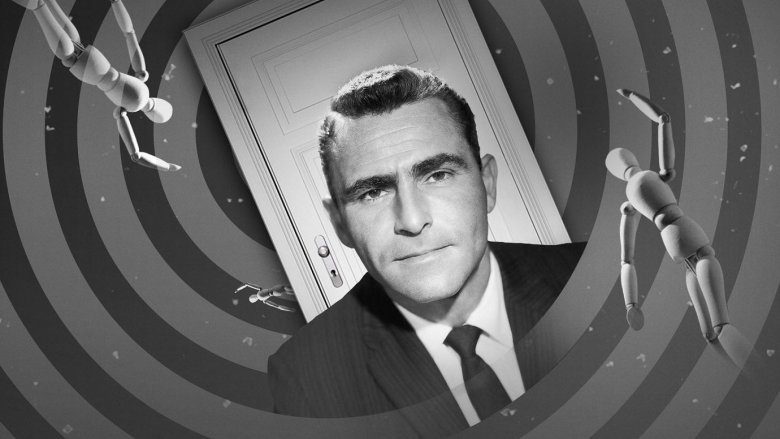 Published by staniel on September 6, 2020

[WP] You’re going about your daily business and decide to check reddit, when suddenly you hear the voice of Rod Serling: “Here we see an average person, taking a short break from the turmoil of modern life. But that break is about to get a lot longer with a detour… to the twilight zone.”

“I must be going crazy,” he thought. He had been in that room for some time now, months actually. What started as an annoying two week quarantine had turned into a rather pleasant 10 week stint in solitary confinement. He worked from home and had food delivered to his door daily. He made no phone calls and sent no texts; in fact, he hadn’t bothered to even open any of the countless messages that had been sent to him since locking himself away from the world. He found peace in this life of seclusion; and after a while, he’d gotten so lost in his world that he nearly forgot that other people existed. So, it wasn’t out of the question that he had actually gone mad and was now hallucinating.

“Here we see an average person, taking a short break from the turmoil of modern life. But that break is about to get a lot longer with a detour… to the twilight zone.”

The television was off, as was the sound on his laptop as he explored Reddit alone, which meant that the eerily familiar voice that he’d just heard must have just been in his head. There was no other explanation; and so he went about wasting time online as usual. Unaware of how much time had passed, he eventually took to his phone to order food but was promptly frozen in shock. With a gasp, he immediately dropped the phone and wildly scanned his room in terror.

His heart pounded and he struggled to contain his breathing as he slowly reached down for the phone in hopes of finding that he had severely overreacted. To his dismay, on the now broken screen was what appeared to be a live stream of himself but from the vantage point of someone else. He watched an image of himself stand up as he did, and he turned to face the apparent direction of the hidden camera only to watch the angle change before his eyes.

He poured through his mind for possible explanations and began to panic when he could come up with nothing. He tried restarting his phone but to no avail. For the first time in forever, he thought to contact someone, but could think of no way to explain the situation without sounding crazy; not that he would be able to call anyone anyway with his phone stuck on his own terrified actions. He watched himself pace back and forth, hand on chin and deep in thought. Why was this happening? Who was watching; and for what purpose? Was he about to get murdered red room-style for the viewing pleasure of sick dark web goers?

This was too much for him to handle. He no longer desired food or random Reddit posts; he wanted only to end this nightmare. Perhaps it was finally time to leave the room; surely the cameras would be unable to follow him out into the world. The idea of rejoining society after all this time made him a bit uneasy but what other choice did he have? Bracing himself, he opened the door and took his first step outside.

He was pleased to see the world as he’d remembered it. Birds chirped and squirrels darted across lawns under low hanging branches; and for a moment, all was right in the world. That is, until he looked down at his partially shattered screen to witness his own reaction in real time. His knees went weak and he stumbled forward into a frantic jog. Aimlessly, he ran down the street in hopes of coming across another human but there didn’t seem to be anyone anywhere. He ran and ran until he came to the gas station around the corner. He yanked the door open and burst into the store in one fluid motion but quickly found that he was the only person there.

Thoroughly confused, he began to yell out to nobody at all. “Help! I don’t know what’s happening! Someone is watching me! I’m all alone.” He began to weep to himself as he stepped back outside. There was no sign of human life anywhere. There were no cars on the road, no planes in the sky, and no artificial sounds of any sort. He walked for hours in no particular direction and with no destination. From time to time, he would look down at his phone to see one confused and lonely figure gradually losing hope and energy. Eventually, he began to long for the very thing he’d been avoiding for months, communication with others. He became beside himself and fell to the ground in defeat.

For a while, he wept as he watched himself wither away through the broken images of a dying man starved of human interaction. His thoughts went dark as he stared at the screen and his mind began to search for ways to end this misery. He felt defeated and in a moment of hopelessness, he began to look around for a sharp object. He found no such object, but he did come across a discarded newspaper with a headline that managed to catch his eye.

“Evacuate Immediately!” He blinked his tired, damp eyes and focused on the words before him. “The virus that has plagued our quaint town has proven itself to be too dangerous and the decision to halt this devastating plague has been made. All residents are to evacuate the area and head to the nearest delousing station immediately before the destruction of the city. Be sure to contact your friends and family to ensure their safe departure. This is not a test.”

Suddenly, he wished that he had read the plethora of messages that had come into his phone over the weeks leading up to this point. He had ignored everyone and would now surely face an untimely demise as he was seemingly the last person present in a doomed town. Fueled by an unexpected, newfound confidence and longing to live, he picked himself up and continued his run. This time, however, he did have a destination in mind. He headed for the outskirts of town. He was unaware of the current date and had failed to remember the printed time of destruction in the left-behind newspaper but he ran as if the end was near.

At every upswing of his right arm, he caught a glimpse of himself running desperately for safety on the screen of the phone that he clutched in his shaky, sweaty palm until he saw something that stopped him dead in his tracks. The screen had turned a blinding bright white before a brief moment of darkness and then the zoomed out image of a mushroom cloud became visible. He had only a second or two to comprehend the image before experiencing the extraordinary force that consumed his body and turned his existence to darkness.

When he regained consciousness, he found himself sitting in his chair, in front of his computer screen, and in the room that he had come to know as the entirety of his world. After a moment of shock, he found his phone and brought it to his face. There were 37 missed calls and well over 50 unread texts. Still reeling from what he now assumed to be a terrible dream, he sat and stared at the notifications on his phone. For several minutes, he sat frozen in place contemplating the events of the apparent dream that he’d just experienced. He remembered the state of terror and the intense feeling of loneliness that had just tortured him.

As he sat and stared at his unscathed screen, he received a message. “Hey man, where are you? Call me back, it’s urgent,” read the text. He knew that he should probably respond. The potential downside of shutting off the world had become abundantly clear to him after the dream he’d just experienced. The intended lesson to be learned was not lost on him, and he decided to change his ways. From now on, he would be a better person. He decided that every incoming message from now on would be read and responded to. You never know.

He was now aware of how important human interaction is; afterall, he’d nearly driven himself to self-destruction from the lack of it. With this in mind, he moved to call the most recent person to reach out; but just as he was about to touch the space on the screen that would initiate the call, he decided to wait. “What’s a few more minutes?” he thought as he replaced the phone on the desk and refreshed Reddit.

Unaware of how much time had passed, he eventually took to his phone to order food but was promptly frozen in shock…