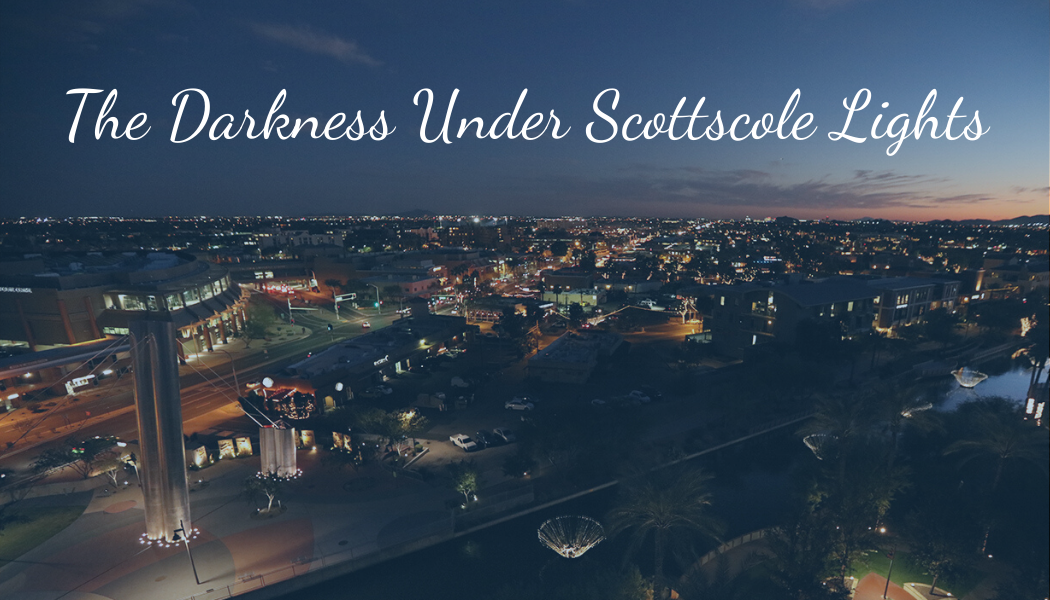 Underneath the grand facade of Scottsdale city lights lives a melancholy existence, a sort of shared sadness amongst many of the locals that frequent the scene. Masked by massive amounts of blow and promiscuity, is a collective feeling of lacking. Everyone is talking and drinking, and dancing; and everyone is smiling, but nobody is happy.

The signs are everywhere if you know where to look and how to listen. A drunk girl at the bar gossips to her girlfriend about someone that is standing only a few feet away. Apparently, that whore has been making eyes at some boy that the drunk girl wants but can’t have. She’s reminded by her friend that she can have the boy, she just needs to stop fucking the others. The drunk girl glares at her friend and then at the whore.

There’s a line at the men’s restroom but inside hangs a vacant urinal. There are also three guys in a stall with keys stuffed into baggies. One guy rants wildly about some girl that he supposedly loves, but he’s sure she is still seeing her ex. He’s lost and he’s devastated. He doesn’t know what to do and so he confides in his pals over a few bumps in the bathroom; but his buddies stay quiet because they, too, are fucking his girlfriend.

The debauchery knows no bounds. With straight faces, lost souls lie to each other regularly and without hesitation. Every secret is told at least twice. A group is reunited at the bar, two drunk girls and three high guys. One of the girls is dating one of the guys and fucking the other two. The other girl is falling over her fifth vodka that hour and reaching for the boy. He doesn’t notice this, however, as he is fixated on the gorgeous girl standing a few feet away with two dudes. The dudes are talking to the girl but the girl is looking over seductively at the boy. The drunk girl at the bar is on the verge of tears as the boy excuses himself from the group and disappears with the whore from across the way.

The bar closes and drunks linger as golf carts come and go. Cigarette smoke fills the air outside of the bar as the lonely ones that are left scroll through their phones for options. Nearly every girl will find one, most guys won’t. And a guy will go home with his girlfriend not knowing that she was with his friend earlier that day in the very bed where he is now drunkenly making a move. As things heat up, he thinks about his girl’s best friend and he wonders if he’ll be able to fuck her again.

One week later, as was the case one week before, those same lost souls ventured out to the same bar and had conversations that varied ever so slightly from the ones had on that particular night. Throughout the week, they all suffered silently and in solitude; but they all suffered. They independently gossiped to one another about each other and they all promised to keep everything that was said secret. And when they found themselves in a circle at the bar on a Saturday, one of them drunkenly slipped-up and stated a secret that was to be held close. The rest of the group, having already known the contents of the slip-up were unable to react because they weren’t supposed to know. And so they all continued to drink their distractions and discreetly slip away to the powder room, and everything was as it always had been. And the lights that illuminated the streets of Scottsdale failed to catch the darkness that consumed the town. 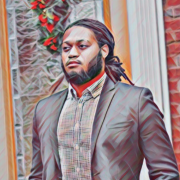 Stan Collins is a writer, marketer, and amateur options trader out of Scottsdale, AZ.