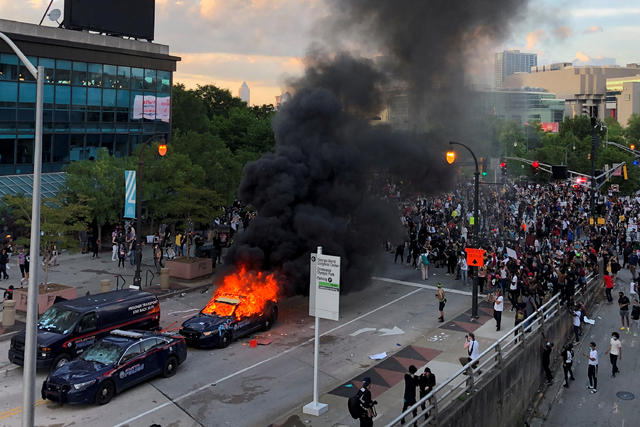 Thoughts on the George Floyd Protests – What happened to morality?

They locked everyone up in their houses for two months and then said, you can leave the house now if you riot in the streets.

And if you riot in the streets, you won’t get in trouble because you’ll be “fighting for injustice.”

And so thousands of people across America proceeded to go out at night and break into businesses, and steal merchandise, and burn buildings, and destroy other people’s cars.

And when it became cool to riot and destroy things, people forgot about right and wrong.

It seems that nobody bothered to question why it was suddenly okay to destroy other people’s property.

“We are protesting injustice,” they said. “We are fighting oppression.” Nevermind the fact that the cop that killed George Floyd is already in jail and facing murder charges.

“Cops are constantly killing innocent black people,” they said. Nevermind the fact that more white people are killed by cops than black people every single year; and that in the vast majority of those cases, the black person that died was, not only breaking the law, but also fighting a person with a gun that is legally allowed to shoot and kill anyone that attacks them.

What about when, in the same city that Floyd was killed, an unarmed white lady was killed by a black cop? That was only a couple of years ago.

This is not about racism. It isn’t about police brutality. It’s not about fighting oppression.

What we are seeing is what happens when you force people to stay home for months and then tell them that the world is against black people; and if you are black you should show the world how angry you are, and if you are white you should take to the streets to prove you aren’t racist, and everybody gets a free pass so long as you vote Democrat.

I hope that the vast majority of people supporting the rioting and looting are doing it because they simply don’t know any better. I hope it is the case that they haven’t seen the numbers disproving the myth that black people are being unfairly targeted on a large scale. I hope that supporters of this destruction are just ignorant, because the alternative is that they are just bad people.

It wasn’t that long ago that we all agreed that stealing, and destroying property, and attacking innocent people in the streets were all immoral things.

I pray to God that people find their morals before this country, our country lay in ruins.