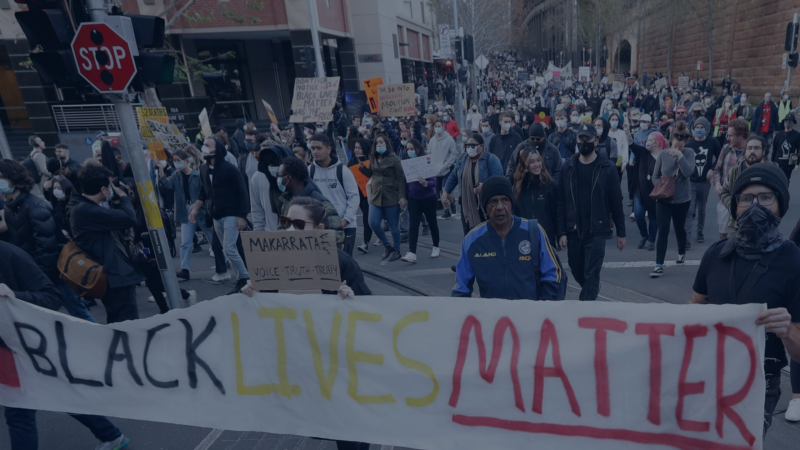 My dear black brothers and sisters, you’ve been deceived.

I was never really political until a few years ago, as I imagine is the case for most people in their 20s; and when I began to think about society and politics, I was drawn to the left. There are no facts or studies that I know of to back this up, but I think that most people start as liberals. On paper it makes perfect sense. The picture that was painted for me was that liberalism is the good party, the party that looks out for the little guy. Being a liberal meant that you had an open mind and great intentions. It meant that you were a virtuous and caring human that stood for objectively good things like equal rights and taking care of those that are less fortunate than ourselves. Unbeknownst to me at the time, it also meant that you were bound to the Democratic party.

It isn’t difficult to see how a young person that is beginning to take an interest in social or political issues would naturally gravitate to the left. Most would probably not identify as Democrats, but would have no problem proudly stating that they are a liberal or progressive.

So far this all checks out; however, things get a bit more complicated upon further examination when considering the collective behavior of most black people. When I was young, I overheard a conversation amongst adults that strongly emphasized loyalty to the Democrats. At the time, all I thought I knew about politics was that everyone involved were either Democrats or Republicans; so when I heard two adults, both of whom were black, talking about their love for Democrats, I began to wonder why. “So, why should we be loyal to Democrats?” Both men let out patronizing laughs and one responded, “because we’re black!”

To be honest, I don’t recall the exact words from that encounter, but the message that I took from it has stuck with me and has since, for the most part, proven to be true. There are exceptions to every rule, but stereotypes are a thing for a reason. For whatever reason, it happens to be the case that black people are usually Democrats.

Now, if I were to look at this idea under the perspective of today, this stereotype could be easily explained away due to the fact that nearly every famous actor, musician, rapper, or talk show host are liberals, or progressives, or leftists; but they are all really just Democrats. As a result of nearly all of the media that most people consume being left-leaning, a lot of young people are going to be drawn to it, regardless of race. While I do believe that there is some merit to this idea, it doesn’t explain why such a large percentage of black Americans are Democrats.

If you are a black person (or any person really) that supports Biden, or any candidate that isn’t Donald Trump, do you know why?

The assumption is that black people tend to lean left because the Democratic party is the only one that cares about black people. That sounds reasonable, and if true, is certainly a good reason for being a Democrat; but is that actually the case? I became very curious about this idea and decided to do some research on the Democratic party in America. What I found shocked me.

Historically, the Democratic party has been the leading force behind almost every negative thing that has happened to black people in this country. It was the Democrats that fought the rest of the country because they wanted to keep their slaves. The Republican party was literally founded on the idea that slavery should be abolished. Seriously, Google “why was the republican party formed?” It was Democrats that attempted to filibuster the Civil Rights Act in 1964. Even beyond rights for blacks, the Republican party supported women’s right to vote in 1854; the reason it didn’t pass until 1920 is because the Democrats didn’t want it.

These are the facts. So why then, do so many people consider themselves to be progressive, liberal, Democrats when that party is (and always has been) the antithesis of what the people are supposedly fighting for?

My theory is that most people don’t really care about politics or social issues outside of their immediate world. Assuming that this is the case, if the news station that is on in every airport, and every celebrity ,or entertainer, or rapper, and every late night talk show host all agree that Democrats stand for everything that is good, and that Trump stands for everything that is bad; it becomes clear why the average person would take this stance.

In the spirit of transparency, I think it is important to note that I did not vote for Barack Obama, but if I did vote, I would have. Not because I believed in his policies, and not even because he was a Democrat and I was a black man, if I gave a damn about politics at the time, I would have voted for Barack Obama because he was a black dude. Again, I don’t have any statistics or legitimate sources for this next statement; but I believe that almost every black person that voted for Obama did so for the sole reason that he was black. I don’t imagine that many black people would disagree with me on that statement, and that doesn’t make it right, but honestly I think we all know that it’s true.

The internal issue that I face is that I completely understand why black people would vote for Obama without understanding, or even caring in many cases, what he stood for. It was potentially the first black president, I get it. What I don’t understand is why anyone (but specifically black people) would blindly follow the lead of the Democrats when history shows that they are the enemy of black people. It is bizarre to me that anyone that claims to stand for equal rights among races and women’s rights would ever stand behind a Democrat. It simply doesn’t make sense.

Realistically, I do actually understand how this twisted reality came to be; but my goal is to get you, the reader, intrigued enough to search for the answers yourself. If any of this truly matters to you, is it not best that you have all of the pertinent information before deciding where you land?

Every top headline that emerges and finds its way to our Facebook and news feeds has at least two different meanings depending on where you get your information. The best way to combat this is to watch or read CNN’s take on the story and then watch Fox’s take. Regardless of which side you find yourself on, it is vital to learn the perspective of both sides. To take it a step further, the absolute best thing to do is to follow both extremes and then hear what the independent, third party news sources on Youtube think.

The truth isn’t always comfortable to hear, but you’re always better off knowing.

Are you a black Democrat? If so, do you know why? Can you back it up? Personally, I don’t care what you think. Everyone is entitled to their opinion; however, if you have no facts or information to back your opinion, then what is it really worth?